Tarantulas in the yuccas sold at the florist’s; women being kidnapped from fitting rooms or suspect food served on our plates… There sure are some strange things going on in Brussels! However are these anecdotes genuine or invented? [...]

The Belgian specialist of Urban Legends, Aurore Van de Winkel, invites you for an unusual walk in Brussels to understand where the contemporary legends are localized in the Belgian and European capital city and what are the most popular narratives.

In the framework of The Brussels Urban Legends Tour, you will discover the darker narratives of the city: the frightening, the disgusting or the funny narratives never told by the tourist office or the authorities, but which are shared by the local inhabitants. The urban legends are not traditional legends, but stories, which are historically and veritably doubtful.

You will learn more about people of Brussels, their fears and aspirations rather than about the city itself! These narratives convey the values, taboos, fears and hopes of these inhabitants.

Aurore will explain to you where these urban legends come from, the reasons why the inhabitants believe them; and why these narratives are useful for them. She will also sort out between what is true and what is false in these narratives; the narratives that evoke subjects that are serious, such as insecurity, fear of strangers or danger of wild animals.

Warning: The walk is not recommended for children under 12 years old and those who are sensitive to violence! (no vulgarity or sexual content) [close]

Aurore Van de Winkel has a doctorate in Information and Communication; is a Scientific Collaborator of the Language & Communication Institute of the Catholic University of Louvain; and Advisor in communication for Fama-Ossa Consulting. Her thesis is on urban legends and she is interested by all rumor phenomena (gossip, rumors, urban legends, conspiracy theories, fake news, buzz). She is the author of Gérer les rumeurs, ragots et autres bruits, published by Edipro, in 2012 (Manage rumours, gossip and buzz) and Les légendes urbaines de Belgique, published by Avant-Propos, in 2017 (The Urban Legends of Belgium), both not in English print. She regularly gives trainings and international conferences on the subject. She also has a radio spot on C’est Presque Sérieux on La Première Radio. 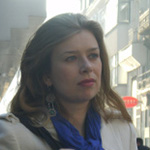 Practical information for the next tour

The next public tour is the classical tour. It begins at the Central Train Station (Place Carrefour de l’Europe) and finishes at the Botanical Garden Boulevard. Be careful, it is forbidden for children less than 12 years of age ! Register here.